Based on the novel of the same name, the film depicts the endless battles of four kingdoms as they fight for power and domination of the one ultimate realm.Based on his 2 beloved fantasy novels with 6 million copies sold, L.O.R.D is acclaimed writer and director Guo Jingming’s follow up to his Tiny Times films. The action-adventure odyssey is set in a world of warring Sorcerers, Lords and Beasts. The first CGI Film to come from China 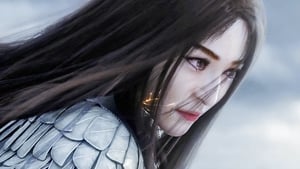